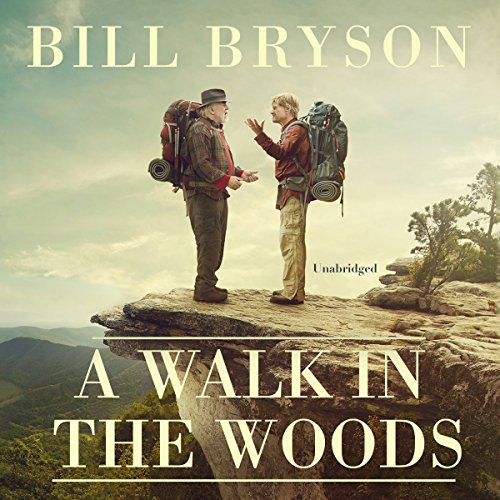 'I come from Des Moines. Somebody had to' And, as soon as Bill Bryson was old enough, he left. Des Moines couldn't hold him, but it did lure him back. After ten years in England, he returned to the land of his youth, and drove almost 14,000 miles in search of a mythical small town called Amalgam, the kind of trim and sunny place where the films of his youth were set. Instead, his search led him to Anywhere, USA; a lookalike strip of gas stations, motels and hamburger outlets populated by lookalike people with a penchant for synthetic fibres. He discovered a continent that was doubly lost; lost to itself because blighted by greed, pollution, mobile homes and television; lost to him because he had become a stranger in his own land. Bryson's acclaimed first success, The Lost Continent is a classic of travel literature - hilariously, stomach-achingly, funny, yet tinged with heartache - and the book that first staked Bill Bryson's claim as the most beloved writer of his generation.

A Walk in the Woods: Rediscovering America on the Appalachian Trail is a 1998 autobiographical book by travel writer Bill Bryson, describing his attempt to walk the Appalachian Trail with his friend "Stephen Katz". The book is written in a humorous style, interspersed with more serious discussions of matters relating to the trail's history, and the surrounding sociology, ecology, trees, plants, animals and people.

The book starts with Bryson explaining his curiosity about the Appalachian Trail near his house. He and his old friend Stephen Katz start hiking the trail from Georgia in the South, and stumble in the beginning with the difficulties of getting used to their equipment; Bryson also soon realizes how difficult it is to travel with his friend, who is a crude, overweight recovering alcoholic, and even less prepared for the ordeal than he is. Overburdened, they soon discard much extra food and equipment to lighten their loads.

After hiking for what seemed to him a large distance, they realize they have still barely begun while in Gatlinburg, Tennessee, and that the whole endeavor is simply too much for them. They skip a huge section of the trail, beginning again in Roanoke, Virginia. The book recounts Bryson's desire to seek easier terrain as well as "a powerful urge not to be this far south any longer". This section of the hike finally ends (after nearly 800 miles (1,300 km) of hiking) with Bryson going on a book tour and Katz returning to Des Moines, Iowa, to work.

In the following months Bryson continues to hike several smaller parts of the trail, including a visit to Centralia, Pennsylvania, the site of a coal seam fire, and eventually reunites with Katz to hike the Hundred-Mile Wilderness in Maine, which again proves too daunting. The fact that Bryson did not complete the trail is not surprising, since fewer than 25% of through-hike attempts are successful; he quotes the older figure of 10%.

At the time of his attempt to hike the Appalachian Trail, Bryson was in his forties.