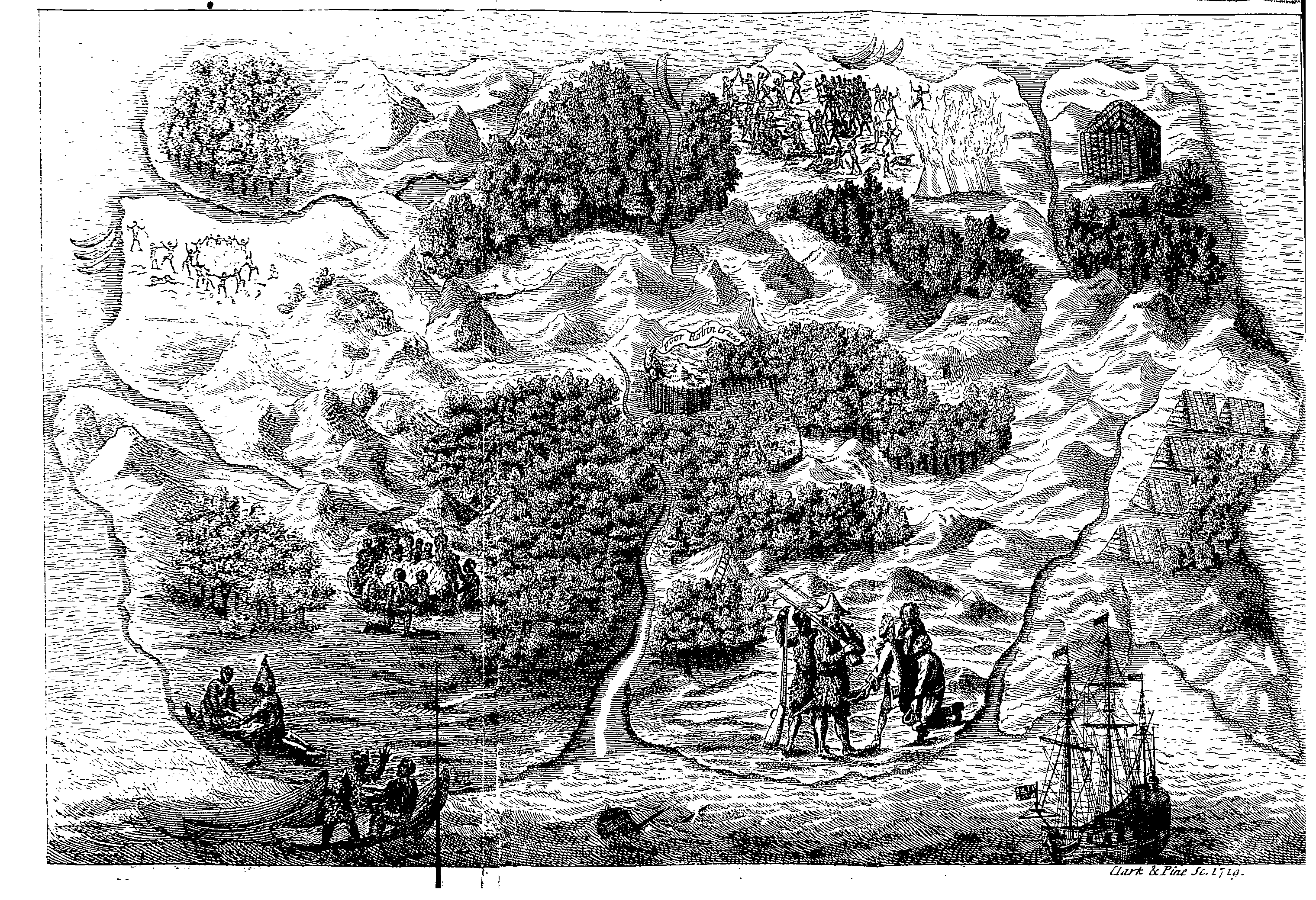 Robinson Crusoe is a novel by Daniel Defoe, first published on 25 April 1719. The first edition credited the work's protagonist Robinson Crusoe as its author, leading many readers to believe he was a real person and the book a travelogue of true incidents.
Epistolary, confessional, and didactic in form, the book is presented as an autobiography of the title character (whose birth name is Robinson Kreutznaer)—a castaway who spends twenty-eight years on a remote tropical desert island near Trinidad, encountering cannibals, captives, and mutineers, before ultimately being rescued. The story has since been thought to be based on the life of Alexander Selkirk, a Scottish castaway who lived for four years on a Pacific island called "Más a Tierra", now part of Chile, which was renamed Robinson Crusoe Island in 1966, but various literary sources have also been suggested.
Despite its simple narrative style, Robinson Crusoe was well received in the literary world and is often credited as marking the beginning of realistic fiction as a literary genre. It is generally seen as a contender for the first English novel. Before the end of 1719, the book had already run through four editions, and it has gone on to become one of the most widely published books in history, spawning numerous imitations in film, television and radio that its name was used to define a genre, Robinsonade.