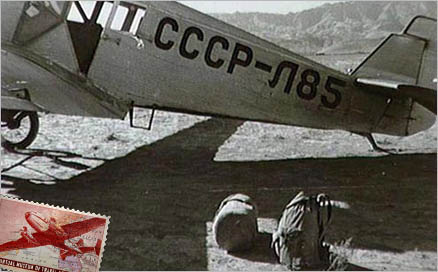 From the 1930s onwards she spent years exploring Muslim republics of the USSR, as well as other parts of Asia, and published a rich series of books which, just as her photographs, are today considered valuable historical testimonies. Her early books were written in French but later she began to write in English. Turkestan Solo describes a journey in 1932 in Soviet Turkestan. Photos from this journey are now displayed in the Ella Maillart wing of the Karakol Historical Museum. In 1934, the French daily Le Petit Parisien sent her to Manchuria to report on the situation under the Japanese occupation. It was there that she met Peter Fleming, a well-known writer and correspondent of The Times, with whom she would team up to cross China from Peking to Srinagar (3,500 miles), much of the route being through hostile desert regions and steep Himalayan passes. The journey started in February 1935 and took seven months to complete, involving travel by train, on lorries, on foot, horse and camelback. Their objective was to ascertain what was happening in Xinjiang (then also known as Sinkiang or Chinese Turkestan) where the Kumul Rebellion had just ended. Maillart and Fleming met the Hui Muslim forces of General Ma Hushan. Ella Maillart later recorded this trek in her book Forbidden Journey, while Peter Fleming's parallel account is found in his News from Tartary. In 1937 Maillart returned to Asia for Le Petit Parisien to report on Afghanistan, Iran and Turkey, while in 1939 she undertook a trip from Geneva to Kabul by car, in the company of the Swiss writer, Annemarie Schwarzenbach. The Cruel Way is the title of Maillart's book about this experience, cut short by the outbreak of the second World War.