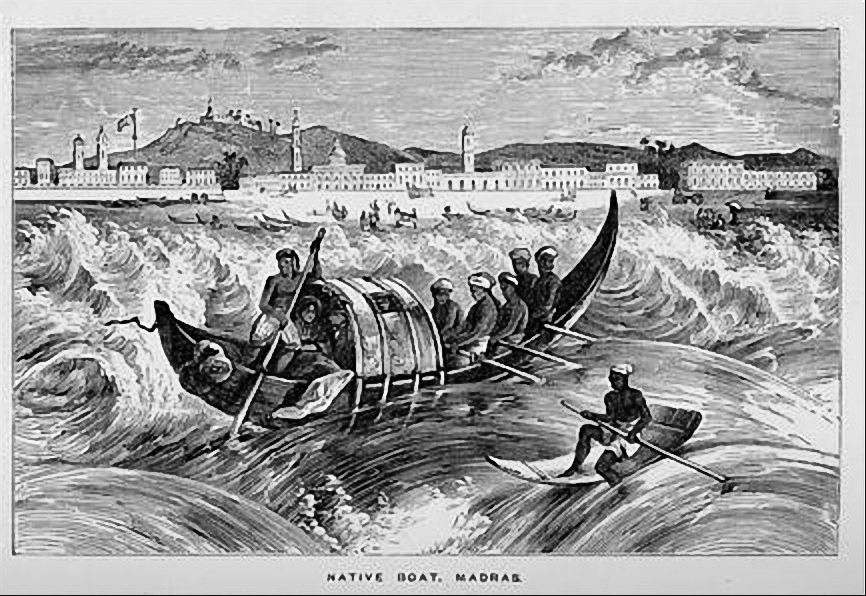 When I was but a little child, I had already a strong desire to see the world. Whenever I met a travelling-carriage, I would stop involuntarily, and gaze after it until it had disappeared; I used even to envy the postilion, for I thought he also must have accomplished the whole long journey.
Pfeiffer, Ida (1852). Visit to Iceland and the Scandinavian North. London: Ingram. Retrieved 9 October 2019.

In 1846, Pfeiffer started on a journey round the world, visiting Brazil, Chile and other countries of South America, Tahiti, China, India, Persia, Asia Minor and Greece, returning to Vienna in 1848. The results were published in Eine Frauenfahrt um die Welt ("A Woman's Journey round the World," 3 vols., Vienna, 1850).

She boarded the Danish brig Caroline, sailing southwest from Hamburg out into the Atlantic and across the equator, entering the harbor of Rio de Janeiro on 16 September 1846. Along with Friedrich von Berchtold, she traveled up the Macacu River to Nova Friburgo in southeastern Brazil and ventured deep into the forest, accompanied by a single servant. Upon her return to Rio, she booked a spot on the English barque John Renwick and set off for Chile, arriving at Valparaiso on 2 March 1847. She then sailed to the island of Tahiti before disembarking in Macao on the coast of China on 9 July.

For the next two months, she visited temples and villages in Hong Kong, went on a hunting excursion in Singapore, toured Colombo and Kandy, inquired about Bengali traditions in Calcutta, and visited the holy city of Benares. From Delhi, she arranged a bullock cart to Bombay under the advisement of Austrian scholar Aloys Sprenger, passing through Hyderabad and the Daulatabad Fort and the Ellora Caves in Aurangabad.

On 23 April 1848, she left Bombay for Baghdad, then part of the Ottoman Empire. While exploring the ruins of the ancient city of Ctesiphon, she encountered Prince Emam Qoli Mirza of the Qajar Dynasty. She proceeded to tour the archaeological sites of Babylon, Borsippa, and Nineveh, facilitated by the British Resident Henry Creswicke Rawlinson and Hormuzd Rassam, the British Vice-Consul at Mosul. During the month of Ramadan, she visited local homes in Tabriz, the capital of Azerbaijan (now East Azerbaijan Province in Iran), and was presented to the Vicegerent, Bahman Mirza.

In August 1848, she set out for Nakhchivan bordering Armenia, and soon joined a caravan heading for Tbilisi, the capital of Georgia. She then crossed the Black Sea into the Russian Empire.

A Woman's Journey Round the World was published in 1850 in three volumes, two years after Pfeiffer's return to Vienna. English translations appeared in Britain in 1851, followed by Dutch (1852), French (1858), and Russian (1867). The book garnered reviews in major international journals, such as Le Constitutionnel, The Athenaeum, The Westminster Review, The Literary Gazette, The Straits Times, and Calcutta Review.

To fund her next expedition, Pfeiffer sold 300 guilders worth of specimens to the Royal Museum of Vienna. Carl von Schreibers, director of the Viennese natural history collections, and Austrian archaeologist Josef von Arneth applied for governmental funding on her behalf on the grounds that she had proven herself skilled at procuring rare specimens from far corners of the world. As a result, Pfeiffer was awarded 1,500 guilders .

In 1851, she set off to Berlin where she was met with an enthusiastic audience. Among them was her childhood hero, Prussian explorer Alexander von Humboldt, whose travels in the Americas inspired a great number of contemporary scientists and naturalists, including Charles Darwin, Henry David Thoreau, John Muir, and Ernst Haeckel. Pfeiffer was also welcomed by German cartographer Carl Ritter who was, at the time, Professor of Geography at the University of Berlin and with whom she would continue to collaborate after her departure. From Hamburg, Pfeiffer set sail to London and met with paleontologist Richard Owen, an outspoken critic of Charles Darwin, geographer Augustus Petermann for his expertise on Africa, and William Bartlett, her traveling companion to Jerusalem.

On 27 May 1851, Pfeiffer departed for Cape Town, South Africa. She arrived on 11 August and soon sent a box of specimens to Vincenz Kollar, curator of the Natural History Museum in Vienna. She had intended to penetrate deeper into Africa, but her hopes proved impracticable in light of overwhelming expenses.

She proceeded across the Indian Ocean to the Malay archipelago, spending two weeks in Singapore where she collected a new species of mole cricket in addition to fish, seaweed, and crustaceans. She spent eighteen months in the Sunda Islands, accompanied by Captain John Brooke, the nephew and heir of Sir James Brooke. She visited the Dayaks of Borneo and became one of the first explorers to report on the traditions of the Bataks in Sumatra and the Malukus. Along the way, she encountered Sultan Abdu'l Rashid Muhammad Jamal ud-din of the principality of Sintang, renowned ichthyologist Dr. Pieter Bleeker in Batavia (present-day Jakarta), and Colonel van der Hart at Bukittinggi in West Sumatra. She was granted permission to enter the territories of local villages where she observed dance performances, acquired a finely carved tunggal panaluan, and accumulated a collection of valuable specimens, including ray-finned fish (Homalopterula gymnogaster) and checker barb (Puntius oligolepis).

On 6 July 1853, she sailed across the Pacific to North America. She arrived on the West Coast of the United States during the California Gold Rush and visited Sacramento, Marysville, Crescent City, Santa Clara, and San Jose before heading south to Central America. After stops at New Granada and Peru, she returned to Guayaquil, the main port of Ecuador. In her book A Lady's Second Journey Round the World she relates some unpleasant experiences in Ecuador. However, the ambassador of the United States Friedrich Hassaurek in his book 4 years among Spanish-Americans criticized this chapters of her book, as he conceived it as interesting as a personal narrative, but full of misconceptions and inaccuracies.

On 31 May 1854, she boarded a steamer bound for New Orleans where she stayed for three weeks, then toured the Great Lakes Region. In her journal, she described visits to American circuses, theaters, private girls' schools, the Manhattan Detention Complex as well as encounters with the eminent short story writer, Washington Irving, the celebrated surgeon John Collins Warren, and Swiss-American biologist Louis Agassiz.

Back in Vienna at the end of July 1855, Pfeiffer completed her narrative, Meine zweite Weltreise (“My second trip around the world”), published in Vienna in 1856. The English translation, Second Journey round the World, was published by Longmans, followed by editions in Dutch (1856), French (1857), Polish (1860), Russian (1876), and Malay (1877–1907).[14] The book was well received with positive reviews in Austrian and German newspapers, the English Edinburgh Review, and the American literary magazine Criterion.