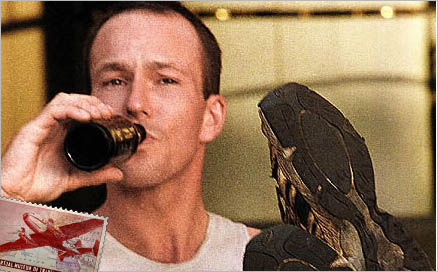 Robert Garside (born 6 January 1967), calling himself The Runningman, is a British runner who is credited by Guinness World Records as the first person to run around the world. Garside began his record-setting run following two aborted attempts from Cape Town, South Africa and London, England. Garside set off from New Delhi, India on 20 October 1997, completing his run back at the same point on 13 June 2003.

While his run has been challenged by some ultra distance runners and some members of the press, subsequent publications clarified a number of the points raised, such as anomalies in his online diary, and his running of the Nullarbor plain without a support crew – a feat believed impossible according to classic ultrarunning methodologies but achieved using lateral thinking and relying upon passing traffic and local people to drop off water for him instead – and highlighted the clashes of personality, running approach, and actions, that had engendered the concerns.

In assessing his feat, Trailrunner senior editor Monique Cole stated he had clearly run more of the world than anyone else, while former media critic Dan Koeppel, who became one of the few journalists outside Guinness to discuss and examine his full records at length, became convinced by 2005 that Garside had indeed run around the world and expressed great remorse and "haunting" guilt at his past part in fuelling a media frenzy that, as he felt, "screwed one of the greatest runners ever" and "erased... one of the most incredible things a runner had ever done".

Guinness World Records, who spent several years evaluating evidence, declared it authentic and the record was officially bestowed on Garside on 27 March 2007 at a ceremony in Piccadilly Circus, London, England.