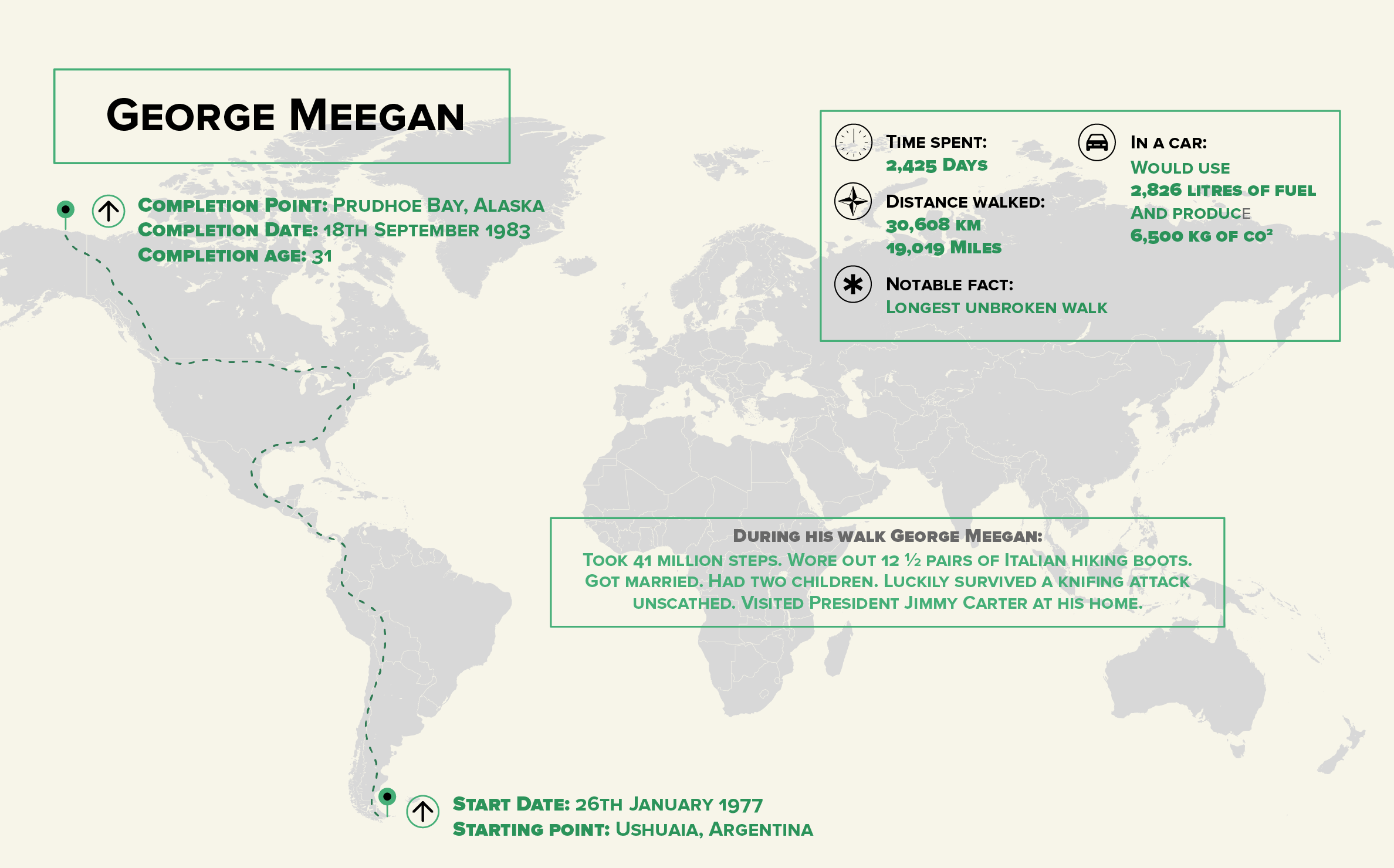 George Meegan is an adventurer, lecturer and world traveler.  He holds the most official world’s records (8) of any European (including the Longest Unbroken March of All Time) earned from his epic walk from Tierra Del Fuego, South America to Prudhoe Bay, Alaska; 19,019 miles in 2,425 days from 1977 to 1983. Later he completed his walk to Barrow in 2000.