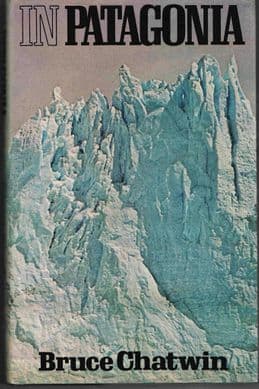 Charles Bruce Chatwin FRSL (13 May 1940 – 18 January 1989) was an English travel writer, novelist and journalist. His first book, In Patagonia (1977), established Chatwin as a travel writer, although he considered himself instead a storyteller, interested in bringing to light unusual tales. He won the James Tait Black Memorial Prize for his novel On the Black Hill (1982), while his novel Utz (1988) was shortlisted for the Man Booker Prize. In 2008 The Times ranked Chatwin as number 46 on their list of "50 Greatest British Writers Since 1945."

Chatwin was born in Sheffield. After completing his secondary education at Marlborough College,[2] he went to work at the age of 18 at Sotheby's in London, where he gained an extensive knowledge of art and eventually ran the auction house's Antiquities and Impressionist Art departments. In 1966 he left Sotheby's to read archaeology at the University of Edinburgh, but he abandoned his studies after two years to pursue a career as a writer.

The Sunday Times Magazine hired Chatwin in 1972. He travelled the world for work and interviewed figures such as the politicians Indira Gandhi and André Malraux. He left the magazine in 1974 to visit Patagonia, Argentina; a trip that inspired his first book. He wrote five other books, including The Songlines (1987), about Australia, which was a bestseller. His work is credited with reviving the genre of travel writing, and his works influenced other writers such as William Dalrymple, Claudio Magris, Philip Marsden, Luis Sepúlveda, and Rory Stewart.