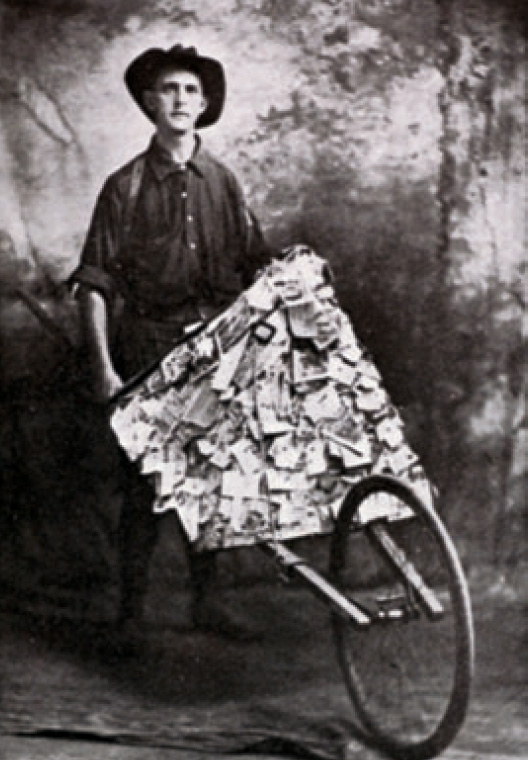 I had observed that most people who wrote stories of travel journeyed over the country in firstclass coaches. They visited only the great cities and points of known interest. . . . Their stories are of beaten paths and, dress them as artistically and originally as they may, they are only telling a tale that has been told. While making no particular claim to superiority in writing, I thought by assuming the garb of a sailor and traveling as one of the plain, everyday toilers I could get closer to nature and her children and tell a story of our country such as had never been told.

Krohn, John Albert. The Walk of Colonial Jack; a Story of a Long-Distance Walker. Keane, N.H.: Printed by the Cheshire republican, 1910.