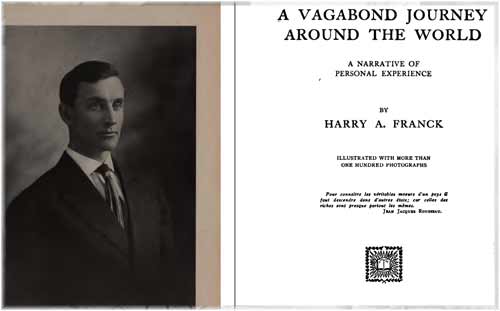 A Vagabond Journey around the World

This is Harry A. Franck's first book. It's the account of his epic journey around the world. He originally intended to travel without money, without weapons, and without carrying baggage or supplies. Instead, he wanted to depend both for protection and the necessities of life on personal endeavor and the native resources of each locality. He altered his original plan to decide to carry a kodak camera and enough money to cover photography supplies ($104). The chief object of the journey was to live and work among the world's workers in every clime. His plan included no fixed itinerary. The details of route he left to chance and the exigencies of circumstances.