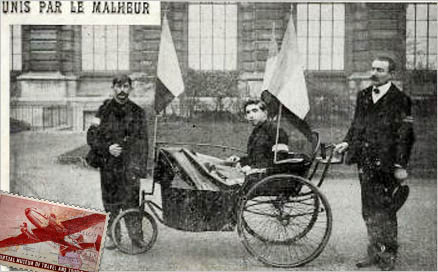 Alexandra David-Néel (born Louise Eugénie Alexandrine Marie David; 24 October 1868 – 8 September 1969) was a Belgian–French explorer, spiritualist, Buddhist, anarchist and writer. She is most known for her 1924 visit to Lhasa, Tibet, when it was forbidden to foreigners. David-Néel wrote over 30 books about Eastern religion, philosophy, and her travels, including Magic and Mystery in Tibet, which was published in 1929. Her teachings influenced the beat writers Jack Kerouac and Allen Ginsberg, the popularisers of Eastern philosophy Alan Watts and Ram Dass, and the esotericist Benjamin Creme. 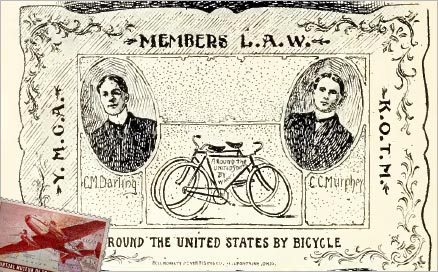 Clarence M. Darling and Claude C. Murphey, age 19 and 20 respectively, left Jackson, Michigan, on May 2, 1904, to make a trip by bicycle through every state and territory within the boundary lines of the United States proper, namely, fortv-five states, four territories, and the District of Columbia'. The trip was the result of a wager. Upon the success of the tour a purse of five thousand dollars would be won by the two contestants providing that they lived up to all the terms and stipulations of the wager. The conditions were that they were to start on this long journey penniless, while on the trip they were neither to beg, work, borrow, nor steal, all the expenses of the tour to be met by the profits resulting from the sale of an aluminum card-receiver or ash-tray, a fac-simile of which is given on one of the following pages. Also the entire journey was to be made and completed within one year and six months from the date of starting, that is before November 2, 1905. 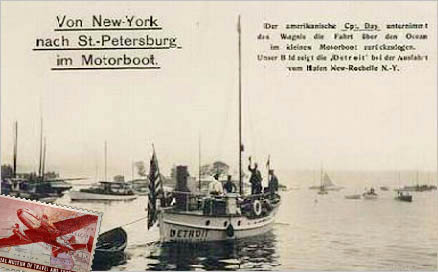