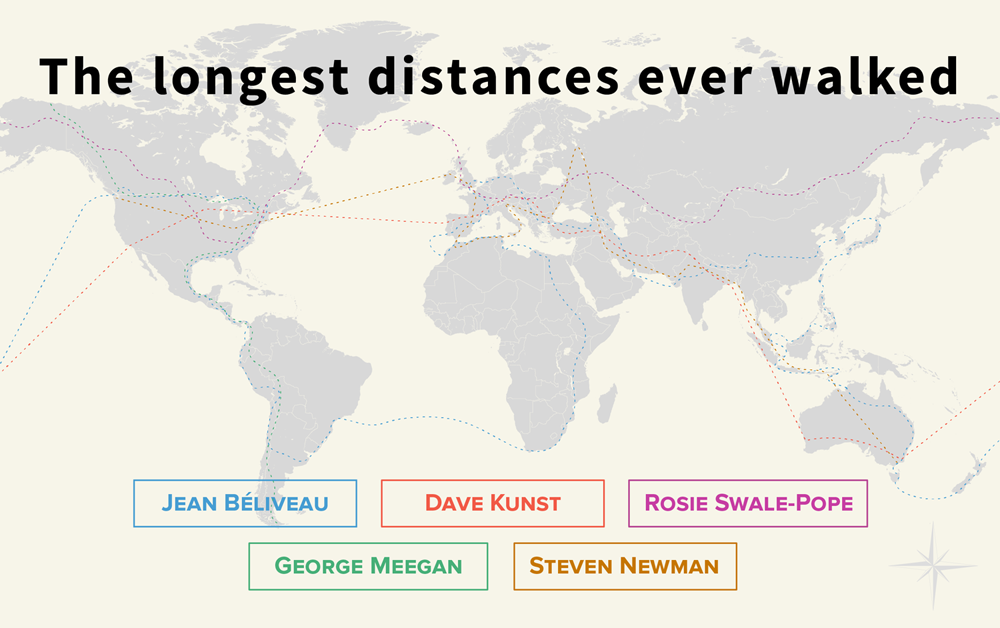 Fastest circumnavigation by bicycle (female)
In just 152 days, 1 hour, Juliana Buhring (DEU) cycled a total distance of 29’069 km (18’063 miles). The journey started and finished at Piazza Plebiscito in Naples, Italy, and lasted from 23 July until 22 December 2012.