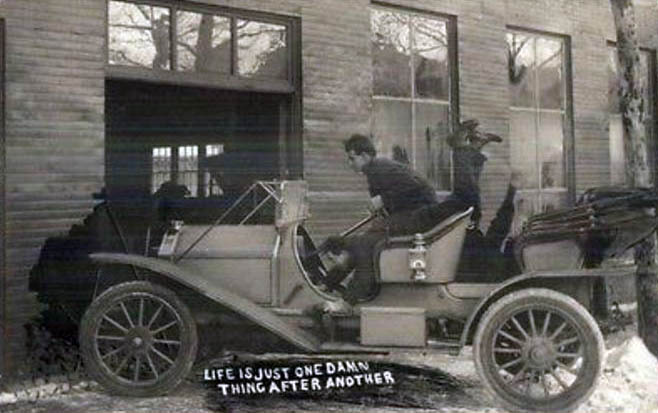 But, seriously, a Washoe wind is by no means a trifling matter. It blows flimsy houses down, lifts shingle roofs occasionally, rolls up tin ones like sheet music, now and then blows a stage-coach over and spills the passengers; and tradition says the reason there are so many bald people there is, that the wind blows the hair off their heads while they are looking skyward after their hats. Carson streets seldom look inactive on summer afternoons, because there are so many citizens skipping around their escaping hats, like chambermaids trying to head off a spider.
Twain, Mark. Roughing It. Toronto: Musson, 1899.